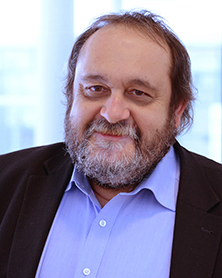 Prof. Dr. Werner Reinhart was born in 1958 and passed the German High School examination (Abitur) in Kaiserslautern (Rhineland-Palatinate) in 1977. After studying German and English/American Studies at the University of Mannheim and the University of California in Berkeley, he passed the first state examination for secondary education teachers in 1984. He then obtained his Ph.D. in 1990; (titled: Literarischer Wahn: Studien zum Irrsinnsmotiv in der amerikanischen Erzählliteratur 1821 - 1850) and qualified for a teaching career in higher education by writing a post-doctoral thesis in American Studies in 1998; (titled: Pikareske Romane der 80er Jahre: Ronald Reagan und die Renaissance des politischen Erzählens in den USA - Acker, Auster, Boyle, Irving, Kennedy, Pynchon).

After teaching at the University of Mannheim (from 1990 to 1997 as a research assistant and in 1998 as a university lecturer,) and completing a research year at Dartmouth College (New Hampshire, USA). Prof. Reinhart accepted a senior professorship at the then University of Flensburg, now Europa-Universität Flensburg. His research interests are contemporary literature, interrelation politics and literature and genre typology (Gattungstypologie).

After several years as head of the Department of English, managing the study program Culture - Language - Media, and being a member of the Academic Senate of the University of Flensburg he was elected President by the Senate in October 2012.

Selected speeches of the President