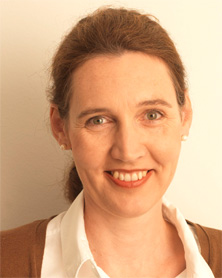 To view the publications of Dr. Anke Feiler-Kramer, refer to the following external database sources:

As Management Assistant the Executive Board, Senate, and University Council I assist the Board, the Senate and the University Council of Europa-Universität Flensburg in all strategic and structural tasks. In addition, I coordinate the response to major and minor enquiries by representatives of regional politics and assist the President in matters relating higher education policy and relevant to higher education. In my capacity as internal communications officer I am the point of contact for all academic staff regarding any internal matters.

From 2003 to 2004 Dr. Anke Feiler-Kramer was charge of organizing and managing projects and exhibitions at the Municipal Museum of the city of Schleswig. From 2004 to 2007 she was head of the press and public relations department of the Archaeological State Office Schleswig, and supervised the international project 'UNESCO-world heritage site Danewerk-Haithabu'.

Alongside her professional activities, she studied business and operational management at the distance-learning University of Hagen and qualified as an economist (Betriebswirtin IWW).

From 2010 to 2011, Dr. Anke Feiler-Kramer worked as an assistant and as acting head of the central press office of the ChristianAlbrechts University of Kiel.

Since August 2011 she has been heading the office of the Executive Board, Senate and the University Council of Europa-Universität Flensburg.