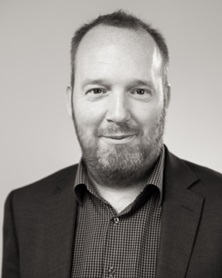 Dr. Alan Piper is an experienced educator, having given his first university level economics classes in 1998. Since then he has given nearly 6,000 hours of classes at the university level. Much of this teaching has been concerned with economics (microeconomics, macroeconomics, international economics and econometrics) and some has been more quantitative of skills based (business decision making, business skills, critical reasoning, research methods, and statistics). This teaching has been at Bachelors level, the majority, and Masters level. He has a professional post-compulsory teaching qualification, and his classes very often receive positive student satisfaction scores (and have been nominated for university wide teaching prizes). He has also successfully supervised a variety of students with their Bachelors and Masters theses, both in the UK and Germany.

Dr. Alan Piper has had many different university and student supporting roles in his academic life so far. From being a part-time lecturer in 2000, he progressed to the role of senior lecturer in economics by 2006 (associate professor equivalent), a role he had for six years before moving to Germany. As well as teaching duties, this role (and previous roles) included course administration and management for various responsibilities including first year (level one) tutor, and module, course and award leadership ultimately being responsible for Staffordshire University Business School’s flagship bachelor’s course. He has much experience of university business including participation in many committees and activities related to quality assurance, assessment boards, validations, accreditations, and course reviews. In 2012, he moved to the European-University of Flensburg, taking on the role of wissenschaftlicher mitarbeiter and since September 2016 has been the interim professor for international and institutional economics.

His research interests developed as a result of undertaking a PhD part time alongside the senior lecturer role, and since moving to Flensburg he has written academic articles, largely about the economics of life satisfaction which are published in international, peer-reviewed journals. One special focus is on the application of dynamic panel models in this area, research that has been cited in two chapters of the recent Handbook of Research Methods and Applications in Happiness and Quality of Life and featured in The Book of Hope. With colleagues in Germany and the UK, he is also investigating self-employment, entrepreneurship and innovation. For the wider economics discipline, he also peer reviews academic articles, and is a member of the Royal Economic Society.

Current work in progress involves projects using economic analysis to investigate issues within entrepreneurship and self-employment, innovation, and life satisfaction with colleagues from Germany and the UK.