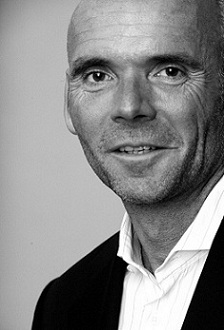 In the lecture free time:

Professor Dr. Ralf Karolus Wüstenberg teaches Systematic Theology and Ethics, Church History and Theology of Religions at the Europa University of Flensburg (EUF) Germany. He is Head of the trilateral "European Wasatia Graduate School for Peace and Conflict Resolution" at the EUF. Since 2017, Dr. Wüstenberg has also served as Senior Research Associate at St. Edmund’s College, Cambridge University, England. In addition to his international research and teaching activities, Dr. Wüstenberg has been involved in numerous projects.  For example, he is frequent guest preacher at the Berlin Cathedral and is project ambassador for the "House of One" in Berlin.

Dr. Wüstenberg completed his theological studies at the Universities of Berlin, Cambridge, and Heidelberg. He received his Ph.D. from Humboldt-University in Berlin on the philosophical reception of Dietrich Bonhoeffer’s letters from prison in 1995. Thereafter he wrote his Habilitation thesis on the "Political Dimension of Reconciliation at the End of Apartheid in Conjunction with German Experience after the Fall of the Wall" for the theological faculty of the Ruprecht-Karls-University in Heidelberg.

Dr. Wüstenberg is an author and editor of numerous German and English language books on Dietrich Bonhoeffer, the theme of political reconciliation, introductions to theology and Christology, as well as dialogue between Christians and Muslims.

Dr. Wüstenberg lives in Berlin with his family.  When he isn’t working on a new book, he enjoys music, skiing, tennis, and biking.

His primary areas of expertise are:

Contributions to theological and interdisciplinary Journals